skip to main | skip to sidebar

The Quest For Zero Defect... 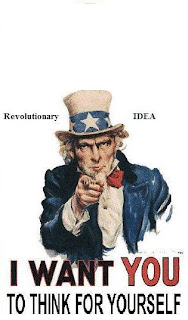 So I want to keep these things short because no one likes to read a LARGE mother letter. My dream for the church basically consists of seeing the saints believe who they are & advancing the Kingdom because they know they can. Also having all the "extra stuff" that we have added to church being eliminated and going back to basics. Very simply, as we hear so often but see lived so little, lets get back to the bible.

This first blog will be a few of my thoughts (and I believe they are biblical) regarding money. Let me just hit a few things regarding tithing:

1) Its only mentioned once by Jesus and nowhere else in the new testament. When Jesus does mention it to the pharisees I believe he is simply confirming for them that living by the law is completely futile. If we have to take everything Jesus says out of context, we will still be practising some law, which, as we all know, is rubbish.

2) If it was so massive a requirement (as preached by the church) then why does Paul not mention it once?

3) The classic passage from Genesis about old Abram (since he is pre-law, they really like that) and he gave the tithe. As far as I'm concerned this is the biggest biblical point you can make for the tithe. Lets consider this:

Genesis 14:18-20 The blessing was given to Abram, a very important fact to remember. In response, Abram gave ONE-TENTH (10%) of all the goods of Sodom that were stolen by Chedorlaomer to Melchizedek. Abram did NOT tithe from his own possessions, an essential fact to refute tithing practices in the new covenant.

Genesis 14:21-24 The king of Sodom offered to give Abram all the goods of Sodom that were recovered for himself, but Abram refused, taking not one single item, to give honor to Yahweh, lest people say this pagan king of Sodom made him rich. This is a very important point, because Abram took NO INCOME and the tithe he gave to Melchizedek did not come from his goods, but those of the Sodomites and 1/10 of Lot’s recovered goods.

Also remember, the tithe from Abram was a response to ALREADY being blessed, most people preach tithing IN ORDER to be blessed.

I'll leave it there for now regarding tithing.

So what do we do with our money every month you may ask? Well, even though I don't believe in tithing the way most of the church preaches it, I am absolutely convinced of sowing and reaping as a Kingdom principle (2 Corinthians 9:6-8). We give 10% to a friend working into China and has no job, so no income. Would love to be more creative with other ways, but bit limited here in China :) Don't just give your money to a church unless they are preaching the gospel properly, as far as I'm concerned, you are not sowing wisely.

I'm also convinced that biblical financial priorities (in no particular order) are:

1) Poor, widows and orphans
2) Other churches in need
3) Advancing the gospel locally and apostolically.
4) Sharing with those who teach the Word of God - yes Spaull child, I do believe it :)

My problem comes when our priorities are massive buildings, latest sound equipment, full time staff salaries (including elders), and absolutely any other expenses even if they seem justified (coffee machines). In ACTS there were "no needy among them". If Paul can go through times of having no clothes and food (he said that) then he had his priorities right. Not against full time elders or staff BUT if they are the priority, then yes, I'm against it.

Could go into more detail but I think my point is made.

Bit of an intense first blog, wont always be the same.